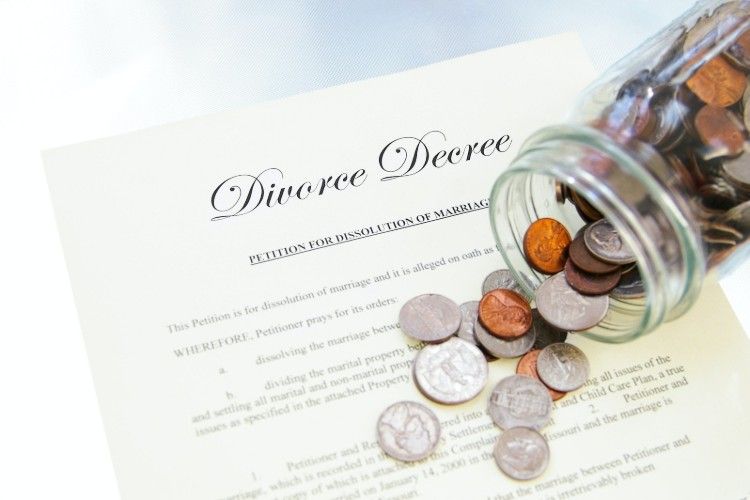 The question about how a bankruptcy affects a divorce and vice versa touches upon many considerations in both divorce and bankruptcy planning, and both spouses can benefit from taking time to plan for these contingencies. Also, the timing of when to file bankruptcy – whether to file 1) bankruptcy in divorce; 2) can you get a divorce while in Chapter 13 bankruptcy; or 3) bankruptcy after divorce – is a very important consideration that spouses should take into account.

If a couple gets divorced within 6 months after a Chapter 7 bankruptcy is filed by one or both spouses, even though the property may be titled as tenancy by the entirety when the bankruptcy case is filed, since the divorce decree severs the tenancy by the entirety, equity in the marital home that may have been protected from creditors because of the entireties exemption can be considered part of the bankruptcy estate which brings it into the reach of the chapter 7 trustee who has the ability to sell the home and distribute proceeds to creditors. A couple should factor protecting any equity in the marital home when thinking about bankruptcy and divorce.

In 2005, the bankruptcy code was amended to prevent people that could afford to pay their creditors in a chapter 13 bankruptcy repayment plan from filing under chapter 7 if their income is above the median income for their household size unless they overcome a presumption of abuse.

If a couple is married and living together, even if only one spouse files for bankruptcy, both spouses’ income must be used in the Means Test calculations, as well as calculating the bankruptcy budget. However, if the couple is separated, one spouse’s income may be used, which could result in qualification for chapter 7 under the Means Test. Additionally, if children live with one spouse 51% or more of the time, the household size can be increased for Means Test calculations for that couple if they file for bankruptcy.

When considering whether to file bankruptcy after divorce or bankruptcy in divorce, a couple should consider how their income will be affected by the divorce.

The timing of when to file a bankruptcy should take into account martial debts and property transfers between spouses.

It is important to understand that if a married couple both file a joint Chapter 13 bankruptcy, or if only one spouse files a Chapter 13 bankruptcy, while married and living together, both spouse’s income and expenses are used to calculate disposable monthly income, which is the amount that is paid under the Chapter 13 plan to unsecured creditors such as credit cards and personal loans.

If a couple in a Chapter 13 bankruptcy gets divorced, the income and expenses of each spouse must be recalculated and should each couple decide to proceed with their cases, new Chapter 13 repayment plans must be structured.

Some other considerations a couple going through a divorce while planning for bankruptcy should consider are the Chapter 13 debt limits and maximizing exemptions to protect property in bankruptcy. To file under chapter 13, the debtor must have less than $1,257,850 in secured debts and $419,275 in unsecured debts. If the debtor is over these limits, they must either dismiss their chapter 13 case or convert to the more complex chapter 11. Fashioning a division of these debts between spouses may allow one spouse to file under chapter 13 instead of chapter 11.