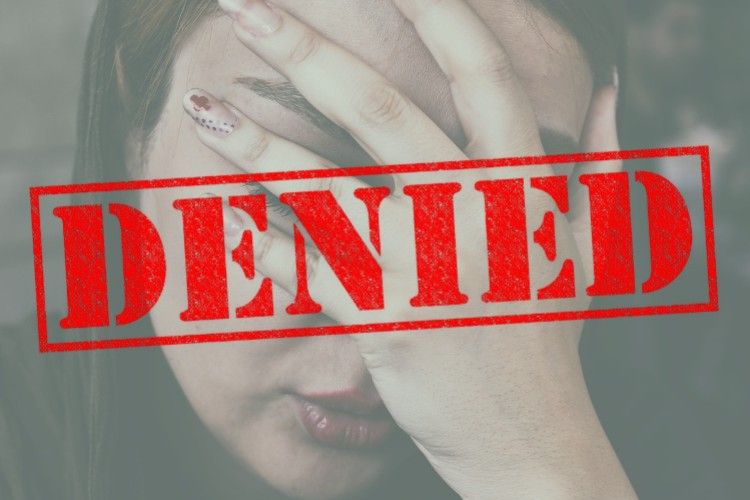 There are several components to a bankruptcy, including the definition of debtor, the automatic stay, the discharge order and injunction, non-dischargeability of certain debts and grounds to deny discharge of particular debts. To answer the question of can a bankruptcy be denied, all of these components come into play and can hamper or nullify the effect of a bankruptcy, which could effectively deny the debtor the relief sought with filing a bankruptcy.

Who May Be A Debtor?

An important consideration regarding whether the question of can a bankruptcy be denied is the definition of the term debtor. Generally, the term “debtor” is used to define the person or entity that files for bankruptcy. However, under the Bankruptcy Code, “debtor” has a very specific definition. For an individual filing under Chapter 7, in order to be considered a debtor, a credit counseling course must be taken. For an individual filing under Chapter 13, thin order to be a debtor, the person filing must not have debts that are over the Chapter 13 debt limits. A person cannot be a debtor if a previous case was dismissed willful failure of the debtor to abide by orders of the court, or to appear before the court in proper prosecution of the case within 180 days of the new case , or the debtor requests a voluntary dismissal after the filing of a Motion for Relief from the Automatic Stay.

Can a Bankruptcy Be Denied – The Automatic Stay

Generally, the filing of a bankruptcy petition operates as a stay against collection activity. The automatic stay stops foreclosures, wage and bank account garnishments, writs of execution, levies, and any other collection activity. However, there are limitations on the automatic stay. If a chapter 7 or chapter 13 bankruptcy was filed and dismissed and another bankruptcy case is filed within a year after the dismissal, the automatic stay only lasts for 30 days. However, the Court can extend the stay upon motion, notice and a hearing. The automatic stay can also be lifted for specific reasons during the course of a bankruptcy. This often happens if the debtor does not make regular secured claim payments, such as car and mortgage payments. If this happens, the secured creditor can ask the Court to lift the stay so that the secured creditor can pursue its collateral.

Can a Bankruptcy Be Denied – The Bankruptcy Discharge Order and Injunction

Each chapter of bankruptcy has its own discharge provisions which determine what debts are and are not dischargeable. Generally, the following debts are dischargeable:

In a Chapter 7, the following debts are not dischargeable:

The Bankruptcy Discharge is a powerful benefit to bankruptcy, but it is not absolute.

Also when answering the question of can a bankruptcy be denied, it is important to note that certain debts can also be determined by the Court as non-dischargeable upon the request of a creditor to the Court. These include:

For each of these categories, the creditor must ask the Court to determine that these debts are excepted from the bankruptcy discharge.

What If An Unsecured Debt Is Not Listed In The Bankruptcy?

Sometimes, debtors will do their best to ensure all creditors are listed but may inadvertently leave creditors off. If the case is a simple case, the bankruptcy discharge could be entered within 3-4 months after the case is filed and the case could be administratively closed. Once closed, in order to add a creditor, the case must usually be re-opened.

However, in Maryland, the Bankruptcy Court ruled that a debtor cannot re-open a chapter 7 case to add a general unsecured creditor, and that the bankruptcy discharge extends to creditors that are not listed in the bankruptcy. This means that if the debtor inadvertently leaves a general unsecured creditor off of the list of creditors, that creditor cannot collect against the debtor without violating the discharge injunction.

The key components of a bankruptcy such as the automatic stay and bankruptcy discharge are not absolute. If you are thinking about filing for bankruptcy, Steiner Law Group can help determine whether you are able to obtain the relief that you need.

Posted in Bankruptcy
← COVID-19: Be Wary Of The Pop-Up Bankruptcy AttorneyThe Bankruptcy Trustee →