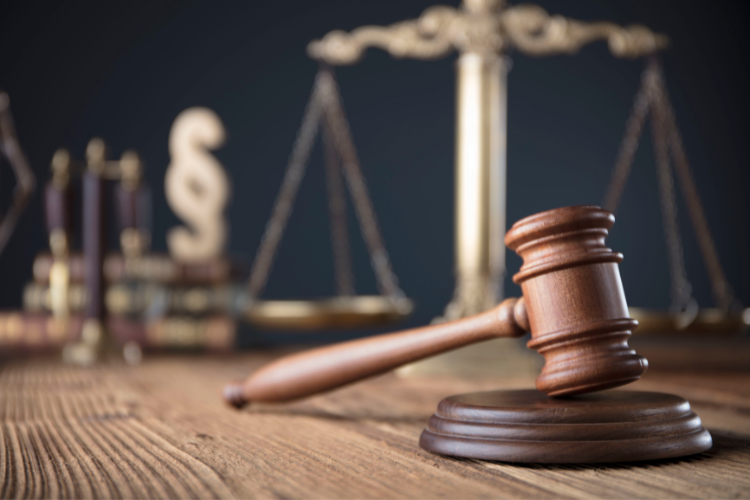 Steiner Law Group is pleased to announce that Eric S. Steiner, Esquire, has successfully achieved a favorable settlement in the case of Krunchcash, LLC v. LB Pharma Services, LLC, et al., in the Circuit Court for Baltimore County, Maryland. Although the terms of the settlement are confidential, the results included dismissal with prejudice against all guarantors in the case.

Prior to engaging Steiner Law Group, the defendants retained the large New Jersey law firm Frier Levitt to represent them in this Maryland case. Plaintiff was represented by aggressive counsel in New York, currently with the national law firm Robins Kaplan, LLP. Steiner Law Group took over representation in November 2020, nine months into the case, and only days before trial in September 2022, all claims against all the guarantors were dismissed with prejudice.

LB Pharma Services, LLC (“LB Pharma”) owned several pharmacies around the country and obtained specialty funding from Krunchcash, LLC. Through 28 funding transactions totaling approximately $34 million, Krunchcash loaned funds to LB Pharma and its related pharmacies. These funding agreements presented as factoring agreements. However, in a typical factoring arrangement, the purchaser does not have recourse against the seller, and the seller is not required to repurchase the receivables. Essentially, the purchaser takes the risk of the uncollectibility of the receivables and, in exchange, obtains the receivables at a discount.

In this case, however, under the agreements at issue in the case, LB Pharma and the other pharmacy defendants would “sell” tranches of prescription receivables to Krunchcash at a discount and were required to repurchase the receivables at a premium within a short period of time – typically between 30-90 days – which were later extended up to 120 days. At first, things seemed to be going well. However, as the subsequent “sale-repurchases” occurred, the defendants became concerned about fees that Krunchash charged and payments that Krunchcash did not credit. Those fees equated to interest at rates as high as 71.5% per year. Additionally, several of the approximately 28 “purchase addenda” terms changed through the various transactions, and the effective rate of interest increased substantially. Some of the various tranches that were “sold” consisted of amounts allegedly owed from prior tranches and were rolled into new tranches, further muddling the accounting.

As LB Pharma sought to hold Krunchcash accountable for its actions, the relationship deteriorated. Prior to Steiner Law Group’s representation, LB Pharma decided to sue Krunchcash in the U.S. District Court of the District of Florida under Florida’s strong anti-usury laws and policy. That case was thrown out because there was not complete diversity among the parties pursuant to 28 U.S. Code § 1332.

Krunchash then sued LB Pharma and the various guarantors, including two individual guarantors, for $6.76 million in Maryland under Maryland’s confessed judgment Rule 2-611. KrunchCash quickly obtained a confessed judgment against the Defendants. Shockingly, just days before filing suit in Maryland in February 2020, Krunchcash started charging the defendants a “use fee” of $260,000.00 per month, which ballooned the total amount Krunchcash sought to approximately $12,000,000.00 by the time of trial set for September 2022. Later in the case, Krunchcash sued one of the guarantor’s wives seeking to rope her into the lawsuit as well. Frier Levitt was not successful in having the Maryland case dismissed on the basis of lack of jurisdiction, and the case remained in the Circuit Court for Baltimore County.

Steiner Law Group obtained testimony from Krunchcash and its sole principal Jeffrey Hackman. Hackman admitted KrunchCash received funding from “capital partners,” but it refused to identify them. Not only that, but Jeffrey Hackman admitted that he did not have the right to collect on any of the receivables Krunchcash allegedly purchased. However, in October 2021, Pursuit Credit Special Opportunity Fund, L.P. (“Pursuit”), who identified itself as the capital partner who funded the transactions to LB Pharma, sued Krunchcash in New York in case no.: 9:21-cv-81979 alleging that Krunchcash had defrauded it. The case between Pursuit and Krunchcash is still pending. Like LB Pharma, Pursuit alleges that Krunchcash provided it with untruthful and fraudulent accounting information.

“[I]t is the general rule, that the substance of a transaction rather than the form will be examined to determine whether a transaction not cast in the form of a loan nevertheless constitutes a usurious loan transaction. For the purpose of determining substance, parol evidence is admissible, including all negotiations, circumstances, and conduct of the parties surrounding and connected with their contract, any or all of which may be material in determining whether the form of the transaction covered an intent to violate the usury law.” Growth Leasing, Ltd. v. Gulfview Advertiser, Inc., 448 So. 2d 1224, 1225 (Fla. Dist. Ct. App. 1984). “Where the intent of a party to a bargain is to make a loan of money or an extension of the maturity of a pecuniary debt for a greater profit than is allowed by law, the agreement is illegal though the transaction is put in whole or in part in the form of a sale, a contract to sell or other contract.” Griffin v. Kelly, 92 So. 2d 515, 518 (Fla. 1957).

Additionally, to prove usury under Florida law, the defendants must prove that the plaintiff made a willful violation: “Wilful violation as referred to in § 687.04, and ‘wilfully and knowingly’ charging or accepting interest in excess of 25% per annum as referred to in § 687.07, mean wilfully and knowingly charging and accepting for the loan an amount in excess of the maximum interest allowed. If the lender intentionally does that, then regardless of what device is used to make it appear other than a loan and interest thereon, he is guilty of usury.” Lee Const. Corp. v. Newman, 143 So. 2d 222, 225 (Fla. Dist. Ct. App. 1962).

Under Florida law, Defendants intended on proving that the agreements at issue should be voided and KrunchCash should have forfeited its interest and its principal and also been liable to pay twice the usurious interest it collected. That is likely why Krunchcash forum shopped Maryland’s arcane confessed judgment statute.

Steiner Law Group took over its representation in November 2020, approximately nine months into the case. Initially, Steiner Law Group successfully argued that summary judgment was not appropriate. Next, our clients decided to counter-sue Krunchcash for, among other things, violating Florida’s usury laws and demanded that not only should the agreements in issue be declared null and void, but that Krunchcash should be responsible for double the amount of interest that Krunchcash charged, among other claims, such as violating Florida’s Deceptive and Unfair Trade Practices Act. This counter-complaint essentially flipped the $260,000.00 monthly fee that Krunchcash charged on its head, and that fee became a weapon that could have cost Krunchcash $520,000.00 a month

Next, Steiner Law Group’s clients designated a forensic accountant to act as their expert witness, who found that the effective rate of interest that Krunchcash charged rose to as much as 71.5% per year. Krunchcash failed to designate an expert. Defendants’ forensic accountant also found that Defendants had only failed to repay approximately $2.4 million of principal – not the $6.76 million Krunchcash asserted. This was because Krunchcash did not account for approximately $3 million of payments made by Defendants.

Just days before trial, the case settled favorably for Defendants, including dismissal with prejudice pursuant to Md. Rule 2-506(b) of all claims against every single individual defendant and all guarantors. This stunning victory was the result of Steiner Law Group’s aggressive representation of its clients against aggressive New York lawyers.

If you have been sued for a confessed judgment, Steiner Law Group has the experience and a proven track record of success for its clients. Call (410) 670-7060 or schedule a consultation online.