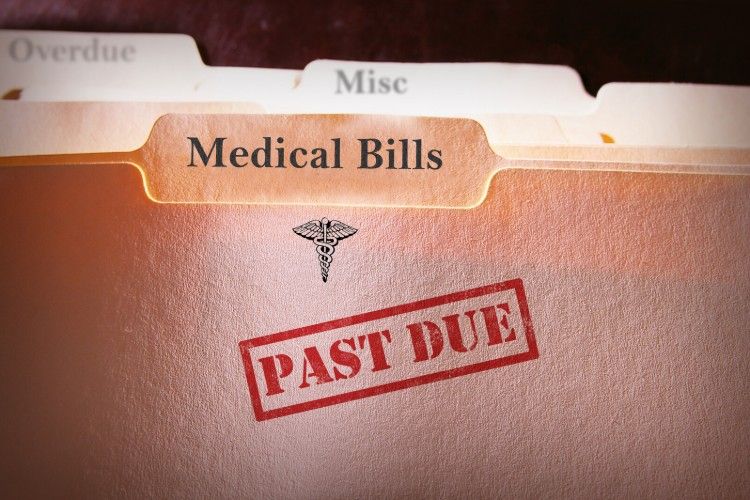 Medical bankruptcies are an excellent option to eliminate or reduce medical bills. Bankruptcy due to medical bills is the number one reason Americans file for bankruptcy protection. In March 2019, the American Journal of Public Health published an article titled Medical Bankruptcy: Still Common Despite the Affordable Care Act, which summarizes a study conducted to determine the causes of bankruptcy, and it found that bankruptcy due to medical bills contributed to 66.5% of all bankruptcies in the United States. This article follows a similar study in 2007 published in the American Journal of Medicine titled Medical Bankruptcy in the United States, 2007: Results of a National Study, which found that medical debt contributed to 62.1% of bankruptcies.

Whether a medical illness strikes a sick child, parent, spouse, grandchild, or any other family member, it can be a devastating shock that has unanticipated financial ripples and can often lead to the loss of a job or a reduced income. Medical bankruptcies are an excellent option to relieve the burden of medical bills.

What Not To Do When You’re Overwhelmed With Medical Debt

There are certain actions that are not recommended when someone is overwhelmed with medical debt.

It is generally not financially sound to take funds out of a retirement account. Retirement funds are generally fully exempt in a Maryland bankruptcy, which means the funds cannot be touched by creditors, such as medical bill collectors. There are also hefty tax penalties for early withdrawals of retirement accounts.

Debt Consolidation Not a Good Idea

Another option people consider is debt consolidation, which is also not recommended. In July 2019, Freedom Debt Relief, the largest debt consolidation company in the United States, after being sued by the Consumer Financial Protection Bureau, entered into a stipulation to settle the case that required it, among other things, to pay $25 million because of deceptive practices in sales and fees that it charged. Closer to home, FDAA, a Maryland debt consolidation company, was sued by the Consumer Financial Protection Bureau and was ordered to pay $4.9 million in redress and a penalty of $16 million. Steiner Law Group has helped many clients that have attempted debt consolidation and spent thousands of dollars for little to no outcome.

Refinance Often Not An Option

Bankruptcy reorganizes debt into categories based upon priority set by the Bankruptcy Code. Debts such as medical bills, credit cards, and personal loans generally fall out at the bottom of the priority scale and are considered general unsecured debt, which under the Bankruptcy Code, gets paid last, if anything at all. Therefore, medical bankruptcies make sense to discharge medical debt.

Chapter 7 bankruptcy generally eliminates all medical bills because medical bills are considered general unsecured debt and are just like credit card debt and personal loans. One of the hurdles to file under Chapter 7 is the Means Test which must be met, which typically means that the person or couple that are filing for bankruptcy must earn below the median income of the state in which they reside based upon their household size. In Maryland, the Means Test numbers, as of November 1, 2019, are:

Even if the debtor earns more than these amounts, there are certain deductions that the debtor may be able to take allowing them to file a Chapter 7. Other exclusions from the Means Test include Disabled Veterans, Reservist or National Guard service, and if the debtor has primarily non-consumer debt.

There are many other considerations when deciding to file under Chapter 7, but assuming they are all met, a Chapter 7 provides a quick process for eliminating medical debt. In Maryland, a Chapter 7 discharge, which is the court order that eliminates debt, is typically entered 3-4 months after the filing of the Chapter 7 case.

Chapter 13 bankruptcy puts the bankruptcy filer into a 3 to 5-year payment plan in which debts are paid according to the priority of the Bankruptcy Code. Medical bills fall out at the bottom of the priority scale and are considered general unsecured debt, which means they get paid last. Many times, medical debt gets paid pennies on the dollar while other priority debts, such as mortgage arrears, tax debt, and secured debt, are paid first. After the Chapter 13 bankruptcy plan is complete and when the Chapter 13 discharge is entered, the medical bills are eliminated.

Posted in Bankruptcy, Filing for Bankruptcy
← What are the reasons people file for bankruptcy?What does it mean to file bankruptcy? →