Skip to content
Home » Bankruptcy Articles » News » Confessed Judgments in Maryland: The 11th Circuit Ruling and its Effect in Maryland 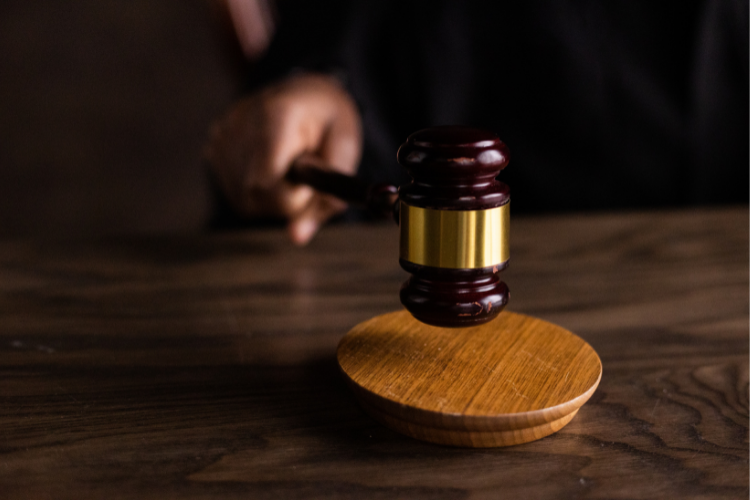 Confessed judgments are only permitted in 8 states: Maryland, Michigan, Illinois, New Jersey, Minnesota, Ohio, Pennsylvania, Virginia, and Texas.  These clauses, found in almost all commercial loans and leases in Maryland, allow a creditor to immediately proceed to judgment without the benefit of a merit trial and can be severely harmful to unwitting borrowers.  In fact, under Maryland Rule 2-611, a creditor can request a writ of garnishment against a bank account pursuant to Maryland Rule 2-645 and serve that upon a banking institution, which will almost always result in the bank account being frozen.  Although the creditor is not allowed to take the funds from the bank account until the time period to respond to a confessed judgment lapses, which is typically 30 days after being served the Notice of Confessed Judgment, the damage will have already been done, often crippling a business which cannot access its bank accounts to operate the business, or a family who cannot access their bank accounts to live.

On May 20, 2022, in Resnick, et al. v. Krunchcash, LLC, et al. (No. 20-14504), the United States Court of Appeals for the 11th Circuit issued an option that could severely weaken the effect of confessed judgment clauses in Maryland.

While the lawsuit in Maryland continued, the Resnicks sued Krunchcash and Hackman in the United States District Court for the Southern District of Florida alleging that the agreements were usurious under Florida law and that the Maryland rules which allowed Krunchcash to obtain writs of garnishment without notice and a hearing violated the Resnicks due process rights under the 14th Amendment of the United States Constitution.  Krunchcash asked the district court to dismiss the case arguing that the court lacked subject matter jurisdiction and the case was dismissed because the district court ruled that the sole federal claim under 42 U.S.C. § 1983 was so frivolous that it denuded the court of subject matter jurisdiction.  It did so for 3 reasons: 1) the Resnicks were not constitutionally deprived of their rights because their bank accounts were only temporarily frozen; 2) the Resnicks’ claim of state action was “questionable at best;” and 3) the Supreme Court’s decision in D.H. Overmyer v. Frick, 405 U.S. 174 (1972), foreclosed the Resnicks’ due process claim.

The 11th Circuit overruled this opinion.  First, it analyzed the history of federal question jurisdiction. In particular, Blue Cross & Blue Shield v. Sanders, 138 F.3d at 135, states that a federal court may dismiss a federal question claim for lack of subject matter jurisdiction only if…such a claim is wholly insubstantial and frivolous, which is “exceedingly narrow.”  The 11th Circuit explained that even a temporary freeze on bank accounts deprives a person of a constitutionally protected property interest as explained by the Supreme Court in Conn. v. Doehr, 501 U.S. 1, 12 (1991).  The defendants argued that the cases that the plaintiff relied on to support their claim of deprivation of due process do not involve post-judgment bank account garnishments.  The 11th Circuit quickly dispensed of this argument, and held that this legal conclusion is incorrect and that the distinction of a pre-judgment or post-judgment deprivation is not relevant for a due process analysis because “the relevant point in the analysis is whether deprivation occurred before or after notice and opportunity to be heard, not whether the deprivation occurred before or after judgment.”

The 11th Circuit next dispensed of the defendant’s argument that there is no state action, and wrote that a creditor who uses the Maryland procedure to obtain a writ of garnishment, which is handled solely by a clerk and not a judge, avails themselves of state action to obtain the garnishment.

Finally, the 11th Circuit distinguished the Overmeyer case to conclude that plaintiffs made a non-frivolous case.  Overmeyer ruled that a plaintiff waived due process rights to notice and a hearing by signing a cognovit judgment clause, which were both subject to waiver and that indeed the waiver was knowing and voluntary.  The 11th Circuit distinguished Overmeyer and reasoned that defendants are challenging the use of Maryland’s garnishment procedure to satisfy judgments by confession as violative of due process.  Moreover, Overmeyer specifically provided that its analysis was fact-specific and was not controlling in case with different facts.  Plaintiffs argued that the agreements violated Florida’s usury laws and are therefore void ab initio, in contrast to Overmeyer in which the plaintiff did not contest the knowing and voluntary signature of the cognovit judgment clause.

The 11th Circuit’s opinion can have wide-ranging implications to garnishments executed upon from confessed judgments in Maryland.  It determined that Maryland’s garnishment procedure may violate due process because it deprives a person of notice and a hearing before taking property, which includes both wages and bank accounts, and logically any other kind of collection activity.  Additionally, the 11th Circuit distinguished Overmeyer and explained that Maryland’s garnishment procedures contain facts that are different than Ovremeyer, thereby opening the door to different kinds of knowing and voluntary waiver defenses.  It remains to be seen how Maryland Courts will interpret this ruling.

If you are being sued for a confessed judgment in Maryland, contact Steiner Law at (410) 670-7060 to learn more about your options.

Posted in News and tagged Confessed Judgments, Maryland
← Who Can Garnish Wages?Payment Options When You Owe Money to the IRS →